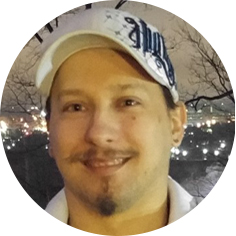 It is with great sadness that the family of Timothy (Tim) Samuel Burdzy announces his passing, surrounded by his loved ones at home, on Thursday, September 10th, 2020 at the age of 37 years.

Tim was born on November 26th, 1982 in Regina, Saskatchewan and grew up on the family farm south of Glenavon, SK.  After graduation, Tim spent time living and working in Regina and Red Deer, AB before settling in Moose Jaw, SK.  Tim enjoyed spending his free time working on vehicles (his truck “Frankenstein”) and building things around the yard and house.  He spent many hours just hanging with “the Boys” (his loyal canines), Harley (deceased), Cooper, Jake and Junior.  Tim was an avid collector and could often be found downstairs in his “car room”.  Over the past 4 years Tim took great pride in building his Halloween haunted house, scouring the city for months prior to Halloween looking for pallets to help bring his ideas to life.  Each year his creations would become bigger and scarier than the previous year’s build, with hundreds of people coming from all over the city to walk thru on Halloween night.

The family would like to thank the many doctors and nurses who helped care for Tim over the past 8+ years through his battles with kidney failure, dialysis treatments, eventual kidney transplant, and in the last few months of his life as he battled cancer.

A Celebration for Tim will be held at his home on Saturday, September 19th, 2020.  In lieu of flowers, donations in Tim’s name may be made to the Kidney Foundation of Canada, 1-2217 Hanselman Court, Saskatoon, SK S7L 6A8.  Arrangements are entrusted to Moose Jaw Funeral Home, 268 Mulberry Lane.  Andrew Pratt Funeral Director 306-693-4550.