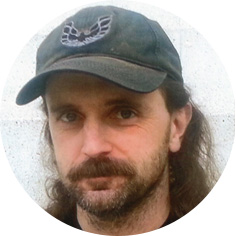 It is with great sadness that we announce the passing of Kevin Alan Brown, aged 50 years of Moose Jaw, SK on Saturday, August 1st, 2020 with family by his side, after fighting a hard battle with pancreatic cancer.  Kevin was born in Moose Jaw on January 22nd, 1970.  Nowhere was there a more kind, gentle, loving, genuine person.  Kevin would do anything for anyone whether it was fixing a car, lending a hand or offering advice.  He was the “go to guy” for just about anything and he was always willing to help.  Kevin met the love of his life, Kim Purdy, as teenagers and they married in 1993.  They were best friends and soulmates.  Family was first and foremost in Kevin’s life.  He was never more proud than when he became a father to Colton and Caylin.  His children always came first.  He would do anything for his kids and was always there for them.  Kevin was able to combine his passion for cars along with his career as a Journeyman Mechanic.  He worked for Eaves Toyota, General Cable, and up until his passing, at SGI Salvage.  He was one of the founding members and president of “Those Guys” car club.  His pride and joy was his 1975 Trans Am.  He was predeceased by his father, Gordon (1990); mother, Rose (2007); brothers, Wayne (1990) and Art (2018); father-in-law, Dennis (2009); and sister-in-law, Cory (2020).  Kevin will be lovingly remembered by his wife of 26 years, Kim; children, Colton and Caylin; brother, Eldon; sister, Colleen; mother-in-law, Diana; sisters-in-law, Cindy (Brian) and Doris; life-long friend, Jody; as well as numerous other family and friends.  The family would like to thank Palliative Home Care for their loving treatment of Kevin throughout his illness.  As a Memorial to Kevin, the family would like to invite anyone who would like to pay their respects to come together on Saturday, August 15th, 2020 at 7:00 p.m. for one last cruise on Main Street.  As an expression of sympathy, donations in Kevin’s name may be made to Hunger in Moose Jaw, 269 Stadacona St W, Moose Jaw, SK S6H 1Z4 (which was the charity of choice for “Those Guys” car club), or to Kevin’s GoFundMe page.  Arrangements are entrusted to Moose Jaw Funeral Home, 268 Mulberry Lane.  James Murdock, Funeral Director 306-693-4550.