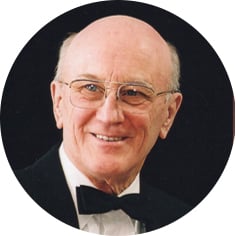 Murray Boyle died in quiet peace at Pioneer Lodge in Moose Jaw, SK on Sunday June 9th, 2019.  Murray was the eldest of 4 children to Fred and Daisy (Miller).  He was predeceased by his daughter, Maxine; and brother, Gordon. Murray is survived by the love of his life, Mona; children: Naomi, Laurie (Candice DiGeso), and Maureen (Jim Wills); grandchildren: Levi (Laurie Anne Larkin), Roxanne, Gina, Benjamin, Oliver, and Emily-Joelle; great-grandchildren, Conrad and Lily; sister, Marjorie (Ken Hart); brother, Bev (Yvonne); as well as many nieces, nephews and cousins.  Murray attended school in the Petrolia district, completing Grade 9. He worked on the family farm with his father in the milk producing industry. He left the farm to join the CP Rail and retired after 38 years in 1988. Murray was very proud of and loved his family dearly, taking interest in all of their activities.  His greatest joy was spending time with his children. Murray was active in the community as a member of the Kinsmen Club, as well as St. Andrew’s Church where he volunteered and served on its many boards. He also served as Chairman of the Trustees, and was a member of the CPR Union, the Past Master of #3 Masonic Lodge, and twice Past Patron of Mizpah Chapter #1 of the Order of the Eastern Star.  Murray loved dancing, whistling, carpentry, photography, travelling and driving, swimming, curling, golfing, painting, camping, and walking with the Grumpy Old Men in Wakamow Valley. The family would like to extend many thanks to the staff and friends at his beautiful Chateau St. Michael’s, and the dutiful medical staff of the Dr. F.H. Wigmore Regional Hospital and Pioneer Lodge. The Funeral Service will be held on Wednesday, June 12th, 2019 at 11:00 a.m. in St. Andrew’s United Church, 60 Athabasca St E, Moose Jaw, SK.  Reverend Jim Tenford and Reverend Deacon Arleen Champion will officiate and interment will take place in Rosedale Cemetery.  Flowers are gratefully declined. As an expression of sympathy, donations in Murray’s name may be made to The Lung Association of Saskatchewan, 1231 8th Street E, Saskatoon, SK S7H 0S5 or a charity of one’s choice.  Arrangements are entrusted to Moose Jaw Funeral Home, 268 Mulberry Lane. Todd Sjoberg, Funeral Director 306-693-4550.