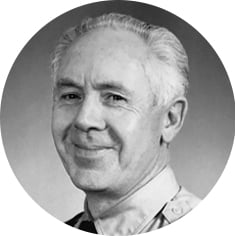 Hugh Boyd, born September 19th, 1939 in Bannockburn, Scotland, passed away on Sunday, March 31st, 2019 at the age of 79 years.  Hugh Jr. was predeceased by his parents, Hugh Sr. and Elizabeth; as well as eight siblings; and is survived by three sisters: Susan, Margaret and Lucille, none of whom live in Canada. Hugh will be missed by many friends from around the world, but especially those in Moose Jaw.  As a young, independent and adventurous man, Hugh moved to Canada on his own at age 19, making his way from Ontario to Saskatchewan and eventually joining the Moose Jaw Police Service. In 1971, Hugh fell in love with a beautiful nurse and they married in 1972. Joyce was the love and focus of Scotty’s life until her passing in 2007.  A proud and private man, Hugh was registered with the Scottish battalion Argyll Sutherland and also enlisted in the Canadian Military after settling in Canada. Hugh Boyd was a highly respected member of the police family and the Moose Jaw community. He served honourably and promoted to Staff Sergeant. Following his retirement in 1999, Scotty volunteered as a driver for Meals on Wheels, and for the Moose Jaw Union and Dr. F.H. Wigmore Regional hospitals.  Thank you to the compassionate caregivers at Guardian Grove – Providence Place. The gentle attention and tender care that Scotty received eased his life for the past six months. As Scotty’s family has said ‘all the angels don’t live in heaven’. Scotty adored and doted on his pets: Misty, Tina and later Piper. The Funeral Service will be held on Saturday, April 6th, 2019 at 1:30 p.m. in Moose Jaw Funeral Home.  Pastor Marvin Seaborg will officiate and interment will take place at Rosedale Cemetery.  Scotty and Joyce shared a love for animals. For those so wishing, a memorial donation in Hugh’s name may be made to The Moose Jaw Humane Society, Box 1658 Station Main, Moose Jaw, SK, S6H 9Z9.