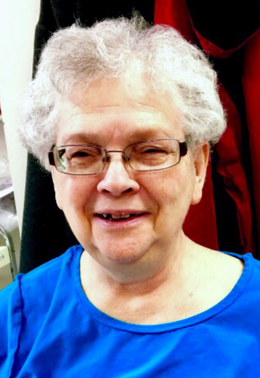 Gail Lorraine Ann Biette, aged 74 years of Moose Jaw, SK passed away on Thursday, March 4th, 2021.  Gail was born in Estevan, SK and received her education there.  She graduated from Regina Secretarial College and was employed at St. Joseph’s Hospital in Estevan.  Gail married Wayne Biette on October 12th, 1968 and together they raised two sons, Marcel and Wesley.  Gail loved to travel and visit relatives, especially her sister Sheila.  She lived in Estevan for most of her life before moving to Hudson Bay, SK and Finally Moose Jaw, where she has resided until her passing.

No Funeral Service will be held.  Flowers are gratefully declined.  As an expression of sympathy, donations in Gail’s name may be made to a charity of one’s choice.  Arrangements are entrusted to Moose Jaw Funeral Home, 268 Mulberry Lane.  Todd Sjoberg, Funeral Director 306-693-4550