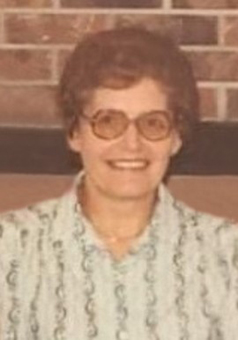 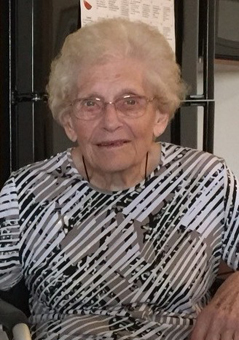 It is with much sadness that we announce the passing of our mother, grandmother, and great-grandmother, Nola Joyce Bespalko, aged 91 years of Moose Jaw, SK on Saturday, January 22nd, 2022.  Nola was born and raised in Expanse, SK.  After leaving elementary school she began working in Moose Jaw, SK.  In July of 1949 she married John Bespalko, to whom she was married for 70 years and together they raised two sons.  Shortly after they were married, they moved to Moosomin, SK where their sons were born.  In 1954 they moved from Moosomin to Moose Jaw.  Once her children were a little older, Nola went to work at the Moose Jaw Co-op Store in the dry goods department until she retired in 1991.  Nola and John enjoyed many holiday trips trailering with their family.  She also enjoyed bowling during her working career.  During her retirement they loved and cared for their home, their vegetable garden and yard full of flowers.  Nola created many beautiful Paper Tole and Cross Stitch pictures for her family to enjoy for years to come.  Subsequently they moved to Mulberry Estates and then to West Park Crossing in 2018.

She was predeceased by her husband, John Bespalko; parents, Arthur and Mabel Ellen Leverton; brothers: Lewis, Elsom, and Jack; and sisters, Audrey Mellquist and Brenda Eppy.  Nola is survived by her sister, Iris Kuhn; son, Doug (Rose) and their children Dustin (Shelly), Ryan and Dylan; son, Wayne and his children Brett (Ellen), Julie Struble (Rick) and Matthew; great-grandchildren: Katelynn (Ty), William, and Lexie, as well as Hammond and Cora.

The family would like to thank the caregivers at West Park Crossing for the exceptional care provided to Nola.

In keeping with Nola’s wishes, A Private Family Graveside Service will be held at a later date in Rosedale Cemetery.  Flowers are gratefully declined.  As an expression of sympathy, donations in Nola’s name may be made to the Moose Jaw Health Foundation, 55 Diefenbaker Drive, Moose Jaw, SK S6J 0C2.  Arrangements are entrusted to Funeral Director 306-693-4550