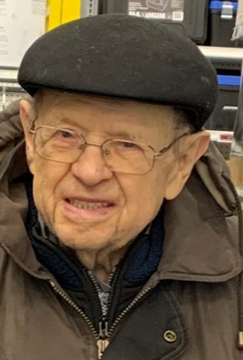 Edward Bengert was born on February 5, 1931 in Mankota, Saskatchewan. His passions were farming, music, dancing, singing, and traveling. His farmyard was beautifully cared for as he took great pride in it and in his farming practice. After retiring from farming he moved to Moose Jaw making his home and yard his sanctuary. His pride and joy was his home, garden, and car. Edward was dedicated to his Catholic faith in which he was a Eucharistic Minister and a member of the Knights of Columbus. His cheerful, polite, and vibrant character will be deeply missed as he brought much joy and laughter to everyone who knew him.