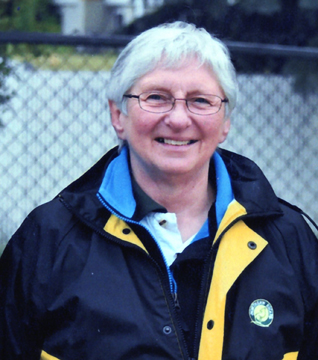 It is with great sadness that we announce the passing of Renee Lynn Bechtold July 12, 2022 after a courageous battle with cancer.  Renee was born in Moose Jaw July 27, 1951. She attended Westmount, Riverview Collegiate and Peacock High School.

Renee grew up across the alley from James (Mike) Bechtold and they were married on May 20, 1972.  She spent most of her time as a mother and homemaker, raising two sons, Mike and Tim.  The family enjoyed camping, and later purchased a cabin at Buffalo Pound Lake.  In her children’s early years she ensured they attended bowling, cubs/scouts, swimming lessons, and little league.  She could be found in the back yard wearing the full little league catching gear from time to time, teaching her boys how to pitch.  She also spent time cheering on her husband’s fastball and hockey teams and enjoyed the social aspect of those groups.

She was often the first to volunteer to drive for school field trips and offered many kid’s rides home during the cold of winter, to the point some of our school mates also called her mom.  As the years progressed, hockey, football and other school activities were added to the list.  Renee was always there to cheer on her boys.

As her children grew, Renee took on some work, being a seasonal product sampler for Shoppers Drug Mart, providing vacation relief for family friends in the newspaper business, and settling in to a full time shipper receiver role at Canadian Tire which she enjoyed until an injury sidelined her.

She happily took on the role of Grandma when the time came, cherishing the time spent with family on birthdays and holidays, or at the lake.  As a grandma she continued her role as #1 fan and could be found at various hockey rinks, soccer pitches, baseball diamonds, lacrosse fields, football fields, and high school gyms, not only in Moose Jaw, but across the province, cheering on her grandchildren, including attending the majority of her grandson’s baseball games in 2021.   She also spent a lot of that time being a taxi driver for the afterschool sports or ensuring one child got to an alternate venue when they had to travel in opposite directions.

Renee enjoyed her time at the cabin.  When there, the grass would be watered non-stop, the bird feeders would be filled, and all of her candles and lanterns lit.  When the grass was green and the birds were feeding she enjoyed her time sitting on the deck taking it all in.  Many fires, late night bar-b-qued hot dogs, plates of nachos, and old time movies were enjoyed.

Renee had a long battle with cancer, spending time in 5 different hospitals, and fought until the very end.  She never let it slow her down.  Instead she put on her favorite hat and continued her coffee stops, shopping sprees and visiting friends and family.

Thanks to Vern, Woody, Louise, Judy O, Vi, Char, and many others, thank you for being a friend.  Special thanks to staff at Allan Blair Cancer Clinic, Providence Place, Home Care and Pioneers Lodge for your care and compassion.

A gathering to celebrate Renee’s life will be held at a later date.