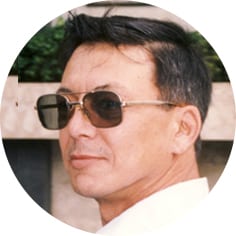 Longtime Moose Jaw resident Warren D. Baker, aged 64 years, passed away on Saturday, January 16th, 2010 of natural causes.  Mr. Baker was born October 1, 1945, in Calgary, AB.  Warren was raised on a farm outside of Central Butte by the Rehbein family and lived within Moose Jaw and area for all of his life. He was a member of the Eagles for 28 years.  He will be greatly missed by his twin sons Brad (Mae) Baker and Chad (Laura) Baker; first wife Doreen (Robert) Pringle; brother George (Gayle) Rehbein; extended family Sheldon (Gladys) Johnston; special friend Anne Humphries; many close friends, nieces and nephews; and his grand-dogs Sierra and Oscar. Warren was known as a man who would “give the shirt off his back” to anyone who asked for his help. We will all miss his kind and gentle nature and most of all the humour and laughter he brought to all of us.  Thank you to the many doctors and nurses at Moose Jaw Union Hospital, Regina General Hospital and Penticton Hospital for the care you provided over the years, as well as to the Moose Jaw police and emergency response unit. A Memorial Tea to celebrate Warren’s life will be held on Tuesday, January 26th, 2010 at 1:30 p.m. in the Harvey Room at Moose Jaw Funeral Home. In lieu of flowers, donations in memory of Warren may be made to  F.O.E. Diabetes Research Centre, c/o The Eagles Club, 561 Home St. West, Moose Jaw, Sask. S6H 4X9.