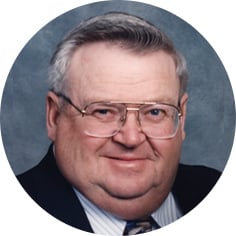 It is with great sadness that we announce the passing of our father and grandfather, Sylvio Bernard Arguin on Saturday, April 4th, 2020 with his children by his side.  He was predeceased by his wife, Mabel (2017); parents, Joseph and Yvette Arguin; parents-in-law, John and Barbara Smith; sister, Diane Dunlop; brother, Yvan Arguin; brothers-in-law, Bruce Dunlop and Rene Huel; and sister-in-law, Stella Smith.  Sylvio will be greatly missed by his daughters, Debbra and Vickie (Steve) Gould; son, Brian; grandsons (Papa’s boys): Nolan and Connor Gould, Logan and Jaron Arguin; sister, Rina Huel; sister-in-law, Leona Arguin; brothers-in-law, Clayton and Cameron Smith; numerous nieces, nephews and cousins; and many very dear friends.  Syl was born April 21st, 1937 in Gravelbourg, SK.  He grew up on the family farm north of Courval, SK and attended school in Courval and College Mathieu.  He worked as an x-ray technician for Trans Canada Pipeline for over 35 years. His job took him away from home a lot as his territory covered Ontario, Manitoba and Saskatchewan.  Syl married Mabel on June 24th, 1961 and they spent 56 years together.  He has missed her so much these past two years.  Hunting, fishing and the love of the outdoors were a huge part of his life.  Many weekends were spent camping with friends and family, or later at the cabin at Buffalo Pound Lake.  After Syl retired, he and Mabel enjoyed some travelling – like a trip to the East Coast and on an Alaskan Cruise.  He loved to travel, seeing new places and meeting new people. He was a very sociable person and enjoyed talking with people, whether they were friends or someone new.  He loved when people would stop in for a visit and enjoyed going out for coffee. Syl will be greatly missed but is now reunited with his beloved Mabel. The family wishes to thank the medical floor staff at the Dr. F.H. Wigmore Regional Hospital for their compassion and kindness shown during this difficult time.  We also wish to extend our gratitude to Father George Thattuparampil for his blessing and prayers via phone with Dad. A Memorial Service will be held at a later date.  As an expression of sympathy, donations in Syl’s name may be made to the St. Joseph’s Parish Revitalization Campaign, 1064 3rd Ave NW, Moose Jaw, SK S6H 3T9.  Arrangements are entrusted to Moose Jaw Funeral Home, 268 Mulberry Lane. Gary McDowell, Funeral Director 306-693-4550.