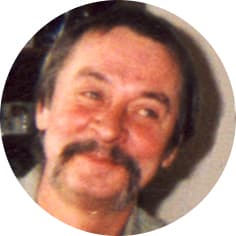 Randy Carl Anderson of Moose Jaw, Saskatchewan passed away on Monday, January 18th, 2010 at the age of 57 years. The Funeral Service will be held on Saturday, January 30th, 2010 at 1:30 p.m. in Moose Jaw Funeral Home. Rev. Douglas Hallman will officiate and burial will take place at Sunset Cemetery. Randy was predeceased by his mother Doris in 2005, his wife Pat in 2009 and his father Carl in 2009. He will be lovingly remembered by his son Conrad (Crystal); daughter Stephanie; nine grandchildren; and numerous other relatives. Flowers are gratefully declined. For those so wishing donations in Randy’s memory may be made to a charity of one’s choice.