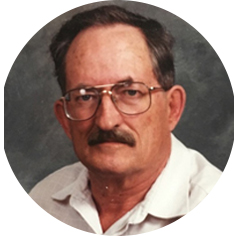 John Stewart Anderson, aged 77 years of Moose Jaw, SK, passed away on Wednesday, April 12th, 2017.  John was born to William C. Anderson and Margaret Kid on September 11th, 1939, in Wakaw, SK.  He moved to Moose Jaw as a teenager and married his high school sweetheart, Marjorie Walker (separated 1986).  John became a journeyman carpenter and spent the early part of his career with Graham Construction.  He later worked for The Department of National Defense at CFB Moose Jaw in the carpentry department.  He eventually became a supervisor and later a building inspector.  After 30 years of service, he retired in 2000.  He spent time tinkering on his house, travelling to see family in Brooks, and visiting good friend Mike Duben at his Boharm farm.  John is fondly remembered for his love of Basset Hounds and “motivational comments” to city and government workers.  John could regularly be found visiting fellow dog enthusiasts at the dog park or at the casino.  John is survived by his brother Mel Anderson, his wife Loraine, and their two children, Chris and Jennifer (and families); and his son Bill Anderson, wife Rhea Lynne and grandchildren Thomas, Liam and Claire of Brooks, AB and granddaughter Elizabeth of Medicine Hat, AB.  A private family interment will take place at Rosedale Cemetery.  A Time of Fellowship will be held on Saturday, June 24th, 2017 from 12:00 p.m. – 2:00 p.m. in the Harvey Room at Moose Jaw Funeral Home.  A special word of appreciation for the medical professionals in Moose Jaw and Regina, who provided superb care to John for many years.  In lieu of flowers, donations in John’s name may be made to The Moose Jaw Humane Society, Box 1658 Station Main, Moose Jaw, SK S6H 7K7.  Arrangements are entrusted to Moose Jaw Funeral Home, 268 Mulberry Lane.  James Murdock, Funeral Director 306-693-4550