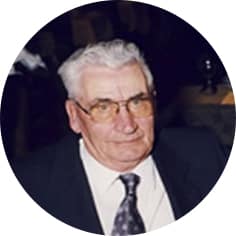 We would like to thank all the Doctors & Nurses at the Pasqua Hospital in Regina and the Union Hospital in Moose Jaw for all they did for our husband, father, grandfather, great-grandfather and friend. Also a special thanks to Elaine Foulkes for being there in our time of need.