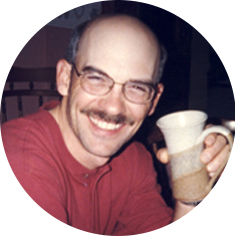 It is with tremendous sadness that we announce the tragic passing of Gordon at his farm on Wednesday, June 8th, 2016.  He was predeceased by his father, Donald Aitken.  Gordon is survived by his mother, Doreen Aitken; wife, Joyce Aitken who was the love of his life; children, Crystal (Jason) Schellenberg and Cory (Marni) Forrest; beloved grandchildren, Emily and Amy Schellenberg; brother, Allan (Sherry) Aitken; sister, Lois (Kent) Plumer; nephews: Jonathon, Justin and Spencer Aitken; nieces, Bronwyn and Kenna Plumer; brother-in-law, Lloyd (Cheryl) Fitzpatrick; mother-in-law, Doris Fitzpatrick; as well as a large extended family of aunts, uncles and cousins.  Gordon was born in Moose Jaw and aside from attending Olds College in Alberta, he spent his entire life in the Eyebrow area as an organic farmer and livestock producer.  He was strongly committed to the communities in the region, always willing to lend a hand to any community organization and activity.  Gord’s tremendous interest in people made him the kind of person who everyone was happy to call a friend.  His passing has left a tremendous hole in the hearts of his family, friends and community, but we rejoice in the assurance that he is safe and at peace in the arms of Jesus.  The Funeral Service will be held on Monday, June 20th, 2016 at 1:00 p.m. at the Moose Jaw Alliance Church, 14 Neslia Place, Moose Jaw, SK.  Reverend Doug Neufeld will officiate and a private family interment will take place at Moose Jaw Indoor Columbarium.  As an expression of sympathy, donations in Gord’s memory may be made to the Canadian Mental Health Association, 650 Coteau St W, Moose Jaw, SK S6H 5E6.  Arrangements are entrusted to Moose Jaw Funeral Home, 268 Mulberry Lane.  James Murdock, Funeral Director 306-693-4550