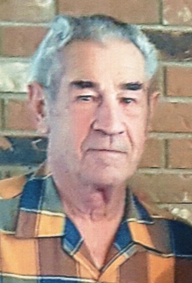 Murray James Ager, aged 80 years of Moose Jaw, SK passed away on Monday, February 22nd, 2021.  Murray was born on May 10th, 1940 to William and Mary Ager, the third of four children.  He attended school at A.E. Peacock Technical High School and then went on to a 40 year career as an Auto Body Technician for Ford in Moose Jaw.  A change of career lead him to the Western Development Museum as the Head of Maintenance until he retired.  In 1973, Murray married Marilyn Janet Ortman and that day became a Dad to Gaylene Linda Lalonde.

A Private Family Service will be held to honour Murray.  As an expression of sympathy, donations in Murray’s name may be made to the Canadian Liver Foundation, 101-3100 Steeles Ave E, Markham, ON L3R 8T3.  Arrangements are entrusted to Moose Jaw Funeral Home, 268 Mulberry Lane.  Gary McDowell, Funeral Director 306-693-4550