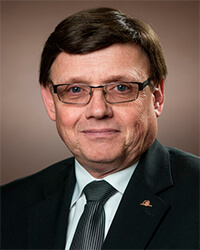 Gary’s funeral career started at Parkview Funeral Chapel in 2004 working as an attendant.  Gary graduated from the Canadian College of Funeral Service in May 2007 and became a Licensed Funeral Director/Embalmer later that year.  In September of 2007, he joined the staff at Moose Jaw Funeral Home.